Triticale cultivation and fertilization - what is worth knowing?

One of the factors limiting the cultivation of triticale is water - triticale is relatively demanding in this respect. Intensive rainfall, from tillering to heading - this is the period in which triticale is particularly sensitive to water shortages - could change the situation of triticale. Another element that significantly reduces yields are cultivation errors. It is the element that determines the yield to the greatest extent and, unlike water, we can fully control it.

How to start growing winter triticale?

The cultivation of triticale should begin with the selection of the location. Of course, the best site would be soil of classes I-III. In practice, however, these soils are often used for more demanding crops. Growing triticale in soils of IV-V classes is of course possible, and often even advisable. However, in this case, special attention should be paid to the selection of the soil variety that should be adapted to the site. With a worse position, more attention should also be paid to regulating the pH, which should be at least 5.5, and to the content of nutrients in the soil.

Properly prepared certified material gives us the certainty that the grain is not contaminated, has the appropriate germination capacity and energy. Moreover, the certified material is treated against fungal diseases, which are a serious problem in the early stages of development. Many of them are additionally treated with seed fertilizers, which ensure optimal emergence for the prevailing conditions.

When to sow winter triticale?

Triticale is quite sensitive to the sowing date. In northern Poland, we should start sowing between September 10 and 20, in southern Poland we start on September 20 and finish before the end of the month. Plants sown too late will not be able to branch out in autumn and may have problems with overwintering. Sowing is done at a depth of 2 to 4 cm. One of the key elements of obtaining a satisfactory yield is the plant density per m2.

Plant density per m2 - what is worth knowing?

It is assumed that on average it should be between 300-600 plants per m2. The sowing rate will depend primarily on the variety. Those intended for weaker locations, as a rule, have a higher sowing rate. The position itself will also influence the seeding rate. For example: the sowing rate for an moderately demanding variety on soils of class I-II will vary around 300 plants. The same variety sown on soils of V class should be sown in an amount almost twice as large, i.e. 600 plants. It should be noted here that too many plants per m2, apart from mutual competition, will lead to increased susceptibility to lodging and a greater severity of diseases. Knowing the recommended density, we can easily determine the sowing rate using the formula:

In autumn, the main purpose of fertilization is primarily to provide the right amount of phosphorus and potassium. This is most often done with multi-component fertilizers. Mixing fertilizers with soil guarantees their most effectiveness. Therefore, as a rule, it is done in one dose before sowing, followed by the plowing process. On soils of better condition and fertility, it is permissible to divide the dose into two. The second is used mainly before starting the spring vegetation. However, in weaker locations, a single dose is a much better solution. Water shortages that often occur in spring will largely limit the intake of nutrients from the second dose of fertilizers.

Determining the level of fertilization, selection of appropriate fertilizers and their amount for the cultivation of triticale should begin with determining the nutritional needs. The soil requirements should also be specified. And so, with the yield of 1 t of grain and the appropriate amount of straw, triticale consumes on average: 24 kg of nitrogen (N), 11 kg of phosphorus (P2O5), 21 kg of potassium (K2O), 5 kg of calcium (CaO), 4 kg of magnesium (MgO), 3,5 kg of sulfur (S) or as SO3 - 9 kg and 5 g of boron (B), 8 g of copper (Cu), 100 g of manganese (Mn), 0,7 g of molybdenum (Mo) and 70 g of zinc ( Zn). Knowing these values and the expected yield, we can easily determine the fertilization needs.

Of course, each planning should take into account the soil abundance in individual components based on soil research - this determines the grain yield. Determining the fertilization level should also take into account the preceding plants and the crop residues they leave behind. In a situation where triticale is grown after another grain and we leave post-harvest residues, the multi-component fertilizers used should have a narrower ratio of phosphorus to potassium due to the relatively high potassium content. When harvesting straw, the ratio of phosphorus to potassium should be wider and should be at least 1 : 1,5.

It should be remembered that phosphorus in the plant affects the photosynthesis and other energy processes. It is responsible for the proper development of the root system and generative organs and supports the plant's resistance to stress. Its deficiency is visible first on the older parts of the plant, which gradually turn purple and die in the long run. Plants suffering from phosphorus deficiency are undersized with a very poorly developed root system.

Adequate potassium fertilization will ensure proper water management in the plant. Plants are more resistant to drought and frost. Potassium also affects the health of the plant. Good potassium nutrition means, among others, less rust. Potassium deficiency leads to a reduction in the transformation of mineral nitrogen. Plants become thin and internodes shortened. Potassium deficiencies are relatively easy to recognize. In the initial stage, the edges of the leaves turn brown, later turning into characteristic leaf marginal necroses.

In many cases, nitrogen fertilization should be started in autumn. Especially in winter triticale crops where cereals were the preceding crop. Providing a relatively small amount of nitrogen in order to stimulate tillering, which begins in the fall in triticale. Then we apply a nitrogen dose of approx. 20-25 kg N/ha in the 4 leaf phase. Pay special attention not to exceed this dose. Excessive nitrogen fertilization will lead to plant bulge and overwintering problems.

We start proper nitrogen fertilization in spring, or more precisely in early spring, when the vegetation begins. As with water, triticale requires most nitrogen from the tillering phase. During this period, it takes up nearly 70% of the nitrogen needed. Keeping in mind the previously mentioned demand, which is about 24 kg of nitrogen for each ton of crop, we can determine the fertilization level. And so, for the expected yield of 6 tons, it will be approx. 140 kg of nitrogen. It is often recommended to divide the nitrogen dose into two. The first one should be given when the spring vegetation starts, and it amounts to 60 kg of nitrogen. The second phase of shooting, when you feel the first nod, in the amount of up to 60 kg. This division of doses is perfectly correct, as long as the expected yield does not exceed 4 tons, and the sum of nitrogen needed does not exceed 100 kg. If higher yields are expected, fertilization should be supplemented with a third dose during the heading period, in an amount not exceeding 50 kg N/ha. It should be noted here that too high doses of nitrogen will lead to lodging.

Which triticale fertilizer to choose?

Nitrogen deficiencies are reduced to a light green color of older leaves, with a strong deficiency they lead to full-surface chlorosis. Depending on the phase in which the deficiency occurs, it may cause poor tillering, reduction of the ears, reduction of the number of grains per ear, or low weight of kernels.

Apart from soil fertilization, foliar feeding is an extremely important element in the fertilization of winter triticale. It should be noted that this fertilization should contain the entire set of microelements, and not only copper, as is commonly believed. Although copper itself is less susceptible to lodging, it accelerates tissue regeneration - it is extremely important, but plants also need other substances. For example, manganese increases frost resistance in triticale, increases resistance to diseases, its deficiency can lead to numerous chloroses and necroses, and can also cause gray spot in cereals. Therefore, it is important to provide all the necessary micronutrients. These include copper, boron, iron, manganese, molybdenum and zinc. Such feeding should be started in the fall and supplemented with at least 2 treatments in the spring. The first one should take place at the end of the tillering phase, the second one at the end of the shooting phase. The 3rd procedure, the so-called "Qualitative" in the initial heading period. The protection of triticale cultivation against pathogens is the same as in the case of the parent species, i.e. winter wheat and winter rye.

Cultivation and fertilization of triticale

As the above paragraphs show, cultivation and fertilization of triticale are complicated processes and depend on many factors. At the same time, the yielding potential of triticale is greater than that of wheat or rye, which is why it is worth taking a closer look at these processes and planning them in advance. We hope you found our article helpful and provided at least some basic information on the cultivation and fertilization of triticale. 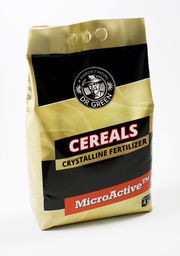 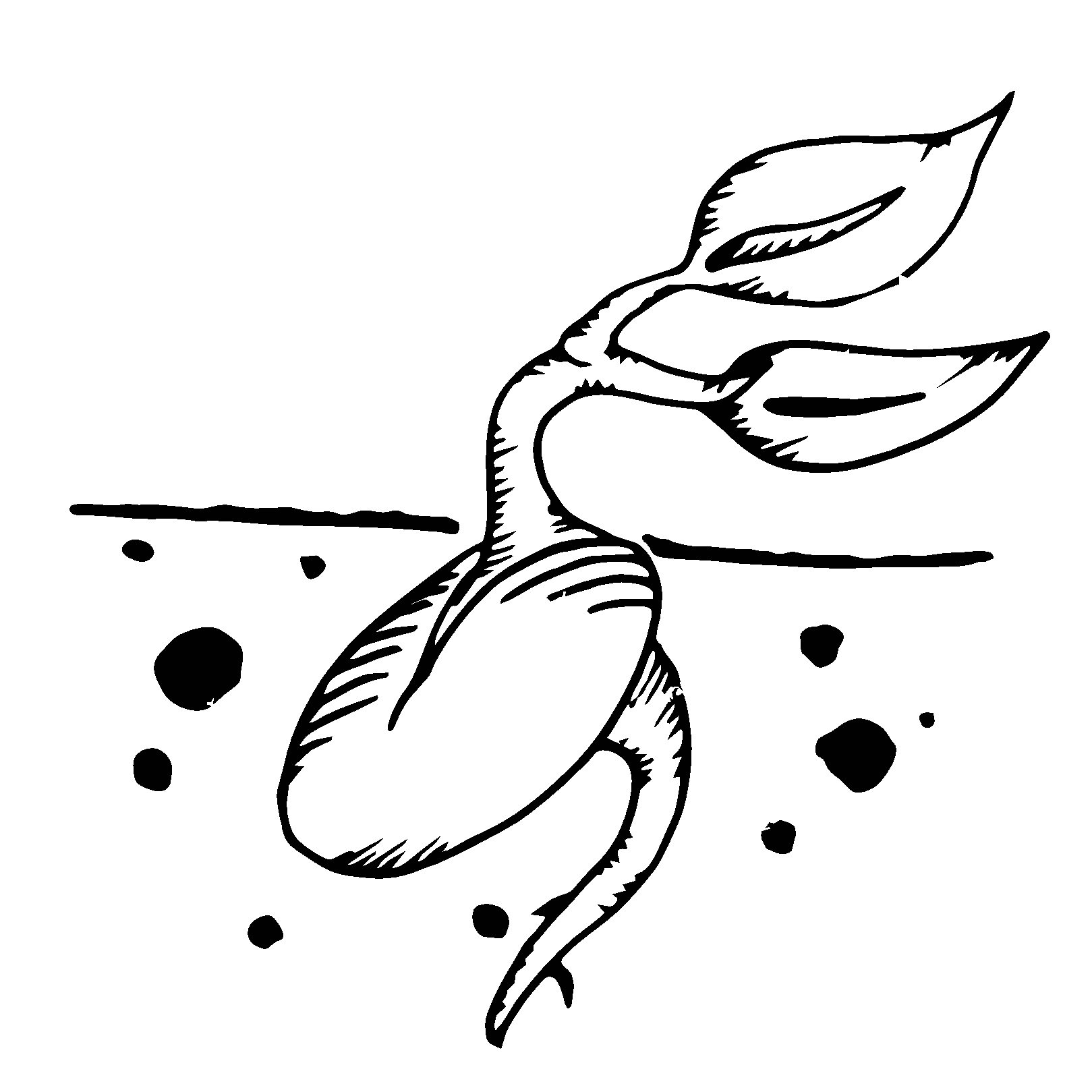 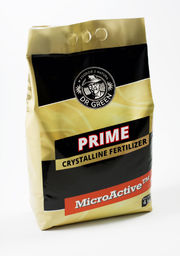